2016 sees the redesign of our website. Take a look around and let us know what you think.

It's 92 degrees, and I'm sitting in the sun at McCarty's Cove as I write this.

You know, life does NOT get much better than this...

I have to admit--I LOVE summer, especially in Marquette, and especially on days like these. Nature's at its most beautiful, the weather's reminding us it CAN be merciful at times, and you can spend the day getting lost in exploring the nooks and crannies of our great little city.

One of my favorite places to go--on a day like today or, actually, on ANY day--is Park Cemetery.

Okay, you can stop looking at me funny--not only is it perhaps the most beautiful place in Marquette, it's probably the most historic, as well. So the next time it's gorgeous out and you want to enjoy the day, head over to the cemetery, take in the beauty, and pay your respects to the people without whom Marquette would not be what it is today.

I tell ya what--I'll even tell you where to go for maximum historical effect. Print this column out and take it with you. Can't make it yourself? No problem...I'll even throw in pictures for your own little "virtual" tour.

(A note here--this encompasses only a small portion of the cemetery, and certainly not every historic figure in Marquette history, but it IS a good start. 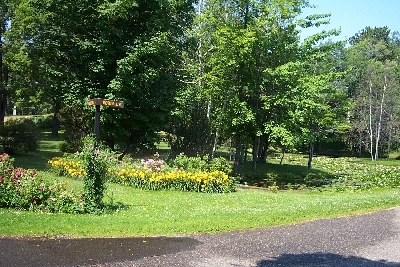 See? I told you it was beautiful!

Start your little walking tour at what is by far the biggest building on the cemetery grounds, the Kaufman mausoleum. 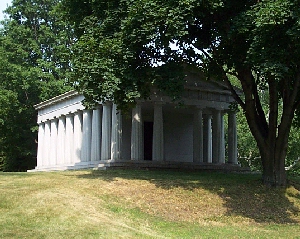 Among those entombed in this marble and stained-glass wonder is Louis Kaufman, one of the leading forces in Marquette during the early part of the 20th century. He was president of the First National Bank; in fact, it was he who built their headquarters on the corner of Washington and Front (a building celebrating its 75th anniversary this year, by the way). He also donated money for the (then) Graveraet High School (named after his mother), and also dabbled in real estate ventures across the county. In fact, the next time you're in New York City, you may want to visit one of his developments.

It's a little place called the Empire State Building.


Now, head behind the Kaufman mausoleum, and look underneath a cedar tree. You'll see this hidden headstone.

The Burt name has been known in Marquette since the beginning; Alfred, who's headstone is shown here, is someone you may have heard of without ever realizing it. Ever hear the Christmas carol "Caroling Caroling" ("Caroling, caroling now we go...Christmas bells are ringing")? He wrote that, along with many other well-known religious and seasonal classics. He passed away at a very young age, and was buried in his hometown.


Now turn around, and walk across the road from the Kaufman and Burt graves, and up to the top of the little hill. This was actually one of the first sections open in the cemetery, and is home to the actual founder of Marquette, Amos Harlow 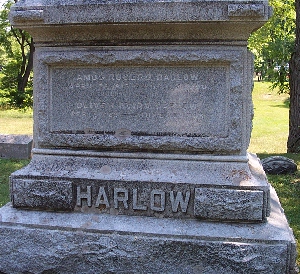 Kind of fitting that Amos Harlow is laid to rest on a hill where, if you look to the south just past the cemetery, you can see a place called Harlow Park, doncha think?


From the Harlow family monument, head to your left 20 paces or so. There, you'll find the simple headstone of Sidney Adams, one of the many late 19th century builders of Marquette. 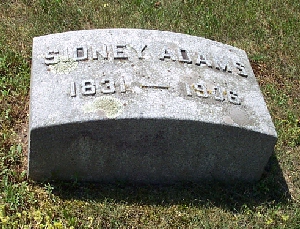 Among Adams' many accomplishments? He was the UP's first lumber baron, supplying the wood that built early Marquette (as well as the first iron ore mines). He also lived in the beautiful gothic sandstone house at the corner of Blaker and Ridge.


When you're done here, head down the hill, and follow the road around the pond until you see THIS monument. 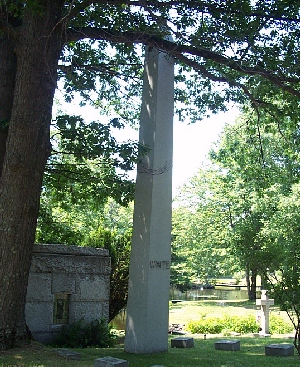 Stand looking at the monument, making sure the pond is behind the monument. Now look to your left. See a big oak tree? See that SMALL headstone tangled up in its roots? That's where Peter White is buried. 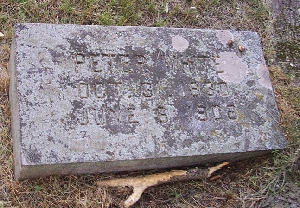 I find it kind of amazing that Peter White, who founded the First National Bank, bought Presque Isle for the city, and actually donated the land for this cemetery you're visiting, is laid to rest in such an unassuming manner. It probably speaks volumes about the individual who made Marquette what it is today.


After you're done with the Whites, turn around, and look for a large ORANGE sandstone building. 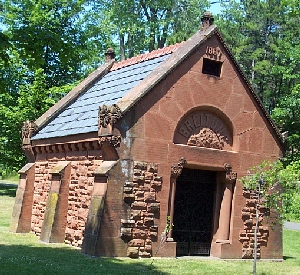 That is the final resting place of (among others) Edward Breitung, one of the individuals who formed the Jackson Mining Company back in the late 1840's. Without people like Breitung, Amos Harlow, and the individual we'll visit next, Marquette as we know it today simple would NOT exist.


To the left of the Breitung mausoleum, you'll notice a triangle-shaped piece of land where the road splits into two. On that land stands this marker: 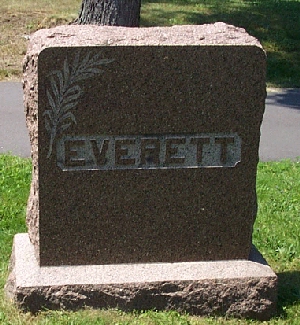 Head over there, stand in front of it, then look down at your left foot. You'll see THIS headstone: 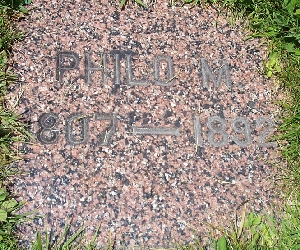 Philo Everett has been described as "the father of Marquette County". You see, it was he who came to the area in the mid 1840's to see if iron mining operations could be profitable. It was he who then rounded up the 13 partners in the Jackson Mining Company, the firm that started developing the Marquette Iron Range.

The rest, as the cemetery has shown us, is history...


Before heading on, turn around, look at the beautiful pond, and say "hey" to the ducks. 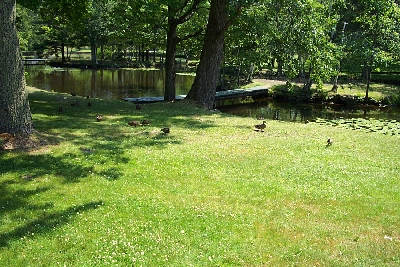 They seem to appreciate that.


Now turn back around, walk past the Everett marker, across the road, and into the next section. Five rows back, you'll come across this headstone 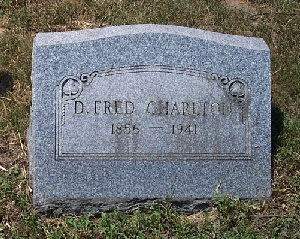 I'm sure you don't know the name D. Frederick Charlton, but like Alfred Burt, you sure know his work. The next time you look at the Marquette County Courthouse, the Marquette Branch Prison, or the Marquette Maritime Museum, or think about the now-destroyed Marquette Opera House, old Union National Bank Building, and Kaye and White halls at NMU, or read about the legendary Longyear Mansion, you're looking at HIS legacy. You see, he was the local architect who designed ALL of those buildings, as well as many of the historic homes on the city's east side. More than anyone, he may be responsible for the way Marquette has looked for the past 120 years.


One final stop to make on this short tour. Head left from the Charlton headstone oh, say, 60 or 70 feet, until you see THIS marker: 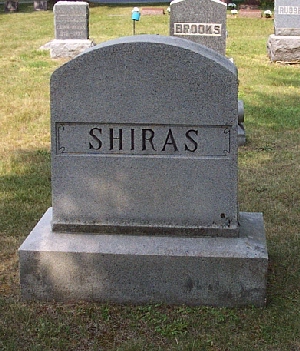 There you'll find the simple headstones of a family that gave us a U.S. Supreme Court justice, the father of night-time wildlife photography (that's his headstone down there): 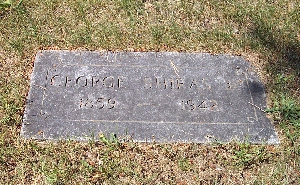 And philanthropists who've graced our city with parks, a planetarium, pools, zoos, and many other community-enriching facilities.


It's kind of amazing that one 15-minute walk can expose you to 153 years of history, if you know where to look. And like I said, this is just a small sample of what you can find in this place of beauty and peace.

Take a walk through the cemetery, and discover for yourself the familiar names, the anonymous names, the names of those who died young on World War II battlefields, and those who passed away after living a long & fruitful life.

Those are the people who made Marquette. Stop by, and pay 'em a visit some time...